Over 10 years we help companies reach their financial and branding goals. Engitech is a values-driven technology agency dedicated.

Twitter
Facebook-f
Pinterest-p
Instagram
Cloud
Monocultures are a bad idea. Especially, in the cloud oriented era, where companies are growing more and more dependent on their cloud providers. The IT and DevOps teams have tools built specifically to leverage AWS, or Azure, or DigitalOcean or some other cloud provider. While this is great in the short run, it lowers the barrier of entry and allows users to leverage the powerful infrastructure of the Fortune 500 companies. Over the long run, however, companies can grow dependent upon specific vendors and this can lead to a monopolistic market.

With that in mind, I would always suggest users to look for alternative to deploy their applications and run their websites. This makes the IT personnel more agile, as they can work across a wide range of platforms and it makes your application platform independent. Let’s look at some such alternatives and see what they have to offer.

1. LunaNode — For everyone from power users to beginners

Using LunaNode has been pure pleasure! Clean and intuitive GUI, feature-rich platform with a whole range of supported operating systems and apps. Seriously, there’s little I can say here that will be as compelling as checking out their service first-hand! So I strongly recommend you do that first.

The pricing is very competitive against vendors like DigitalOcean, so you don’t have to worry about any surprise bills. You can spin up a whole range of virtual machines straight from a pre-existing template, like you do on any other cloud platform, or, you can install an operating system from ground up.

Most vendors try their best to hide away console access and direct interaction with the virtualization environment, not LunaNode. LunaNode encourages you to upload your own custom VM images or install the operating system right from the ISO file like you would do on your physical machine or VirtualBox. This means you can go very deep in the stack with your VM. Personally, I am a FreeBSD user and I was pleased to see FreeBSD templates and ISOs.

DevOps personnel would find an absolute delight in the automation provided by their startup scripts feature. Every time you create a new VM, you don’t want to do repeated tasks such as creating users, updating packages, etc. LunaNode allows you to add bash scripts or cloud-init scripts which can configure the VMs, everytime you launch a new one.

To sum it up, LunaNode offers:

1. Clean UI — Everything from creating VMs, to monitoring and managing them is super simple. If you find AWS console clunky and time consuming, then this is the exact opposite of that.

2. API Access — Most people who are going to use LunaNode, are programmers and admins. Well, a flexible feature rich API is a lot faster for professional, these users. LunaNode offers secure API access for those needs as well.

3. Easy automation using the technology of your choice — Bash or Cloud-init

4. Competitive pricing — It is slightly cheaper than the mainstream vendors. You can get started for as little as $3.5 per month on their memory optimized nodes. You can scale from there to anywhere upto 16 CPUs and 64 GB of memory. No surprise bills.

5. Data centers in the EU and North America regions. I hope they spin up more servers in the future.

There are also a tonne of other services and features everything from DNS management to floating IPs and affinity groups so you don’t miss out on anything that the mainstream vendors offer, except maybe everything is a lot easier. Check the LunaNode home page here.

Linode has been around for a long time. It has been one of the strongest competitors to DigitalOcean and Vultr. With quick to deploy SSDs and world-wide network of data centers. However, it has a very Linux centric bias. It supports a wide range of Linux distros but nothing else. Disappointingly, installing FreeBSD is not at all a straight-forward process. That immediately raises a red flag for me.

To install FreeBSD, or any other custom OS, you would have to jump through a lot of hoops. The user experience is simple and smooth as long as you are doing what the designers of that UI wanted you to do. Anything out of the ordinary will require a lot of workaround and can possibly break the VM. This is quite unlike LunaNode, where the UI let’s you do a lot more with your virtualized resources.

The pricing is similar to DigitalOcean’s. You can start off with a minimum of $5 per month VM and scale upwards from there. All the usual cloud-related features, like DNS, block storage, etc are available.

Linode wins out with more widespread infrastructure and years of experience in the cloud reliable, in that regard it is an exact replacement for DigitalOcean. However, it also has the same slightly higher pricing and there’s nothing really unique in their offerings. It is almost the same exact service as DigitalOcean or Vultr. Check out the Linode home page.

Leading the example of Linode, Vultr tries its best to not do anything out of the norm. The same old pricing that you expect from mainstream vendors and the same set of features. It has one of the better user interfaces in the market and is slightly cheaper than Linode. One arena where it wins out is in its offers of bare metal servers.

That’s right! Instead of being confined to a VM, you can get access to the bare metal server with complete control over the underlying CPU, memory and other resources. That combined with the fact that Vultr offers a versatile range of operating systems. Available operating systems include a range of Linux distros from Ubuntu , Fedora and other Linux distros to Windows, FreeBSD and OpenBSD makes Vultr quite an appealing option for power users.

Especially, if your workload is mission critical, you can distribute it across different VMs with different underlying operating systems. This makes your application much more resilient to security threats. If there’s a threat to Linux nodes, you can turn those systems down and patch them while the BSDs or the Windows VMs are still handling the business.

Disappointingly enough, the hardware that the platform offers is not that modern. Their advertised Skylake CPU, even for bare metal servers, are a couple of generations old at the time of this writing. If you are considering this as an option, wait for them to upgrade. Vultr home page can be found here.

In the final analysis of things, LunaNode wins over the rest of the platforms. For professional workloads you will need DDoS protection, because Internet facing servers get DDoSed, period. Its intuitive UI and really permissive console access allows you to pick and choose the distribution of your choice and finally the pricing is at par, if not cheaper, than most mainstream players.

They have data centers in France and Canada, however, I have used it from Asia Pacific region without any noticeable latency whatsoever. 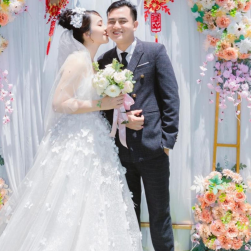